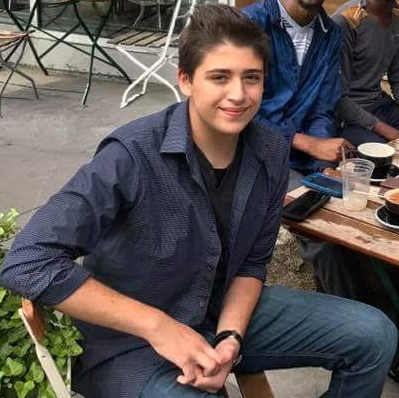 Ben Stern, from sunny Melbourne, Florida, made waves on his appearance with the “Sharks” back in 2016. Ben won over the panel of investors with his eco-friendly podded shampoo company, Nohbo. Ben came up with Nohbo in his 9th-grade biology class after watching a documentary on how damaging plastic bottles are to the environment. It horrified him to see the detrimental effects of such a commodity on marine life.

His journey in entrepreneurship began in middle school when he realized that schools were using kids to sell coffee, cookies, and wrapping paper with absolutely no financial return. The idea of cute young faces as sales reps appealed to him. With his Bar Mitzvah money he bought coffee at a wholesale rate from a roaster in Seattle and sold high-quality beans to the neighborhood donating a piece of the proceeds to the Wounded Warriors Project.

Months later Ben was weighing offers from Barbra Corcoran, Robert Herjavec, and Mark Cuban on Shark Tank. Robert Herjavec even said, “[Nohbo] could be one of the greatest product’s I’ve seen on Shark Tank.” After securing a deal with Mark Cuban, Ben launched a campaign for Nohbo backed and promoted by 20 active NFL players. That following May, Ben graduated high school with honors and decided to take a few gap years. The governor of Florida, Rick Scott, award Ben with the Young Entrepreneur Award in August. He has spoken at MIT, Yale, the Natural Products Expo West, and has been featured in Forbes, The Huffington Post, The Daily Mail, Business Insider, among others.

Fast forward to today, Ben operates a 15,000 sq. ft. beauty and personal care manufacturing Nohbo Labs factory in Melbourne, Florida, which is not only limited to producing and making Nohbo Drops for its commercial partners, but also makes a variety of goodies such as lotions, cleansers, CBD gels, etc. He works with his family, investors, and employees to navigate the complex and exciting waters of running a business at this size, scope and scale.