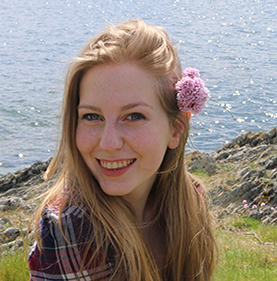 Emer is a 22 year old student from in Ireland who in recent years has worked on a project which studied the use of Diazotroph Bacteria as a Cereal Crop Growth Promoter.

With this project she won first place at the BT Young Scientist and Technology Exhibition 2013, European Union Contest for Young Scientist 2013 and Google Science Fair 2014 alongside Ciara Judge and Sophie Healy-Thow.

The project involved a statistical investigation of the effects of Diazotroph bacteria on plant germination. It investigated how the bacteria could be used to fight world hunger. The project aimed to provide a solution to low crop yields by pairing a nitrogen-fixing bacteria in the soil with cereal crops. They found their test crops germinated in half the time and had a Dry Mass yield up to 74 percent greater than usual.

It was because of this that Emer was listed by Time Magazine as one of the 25 most influential teens in the world in 2014. As well as this she was named by Silicon Republic as one of their role models for Women in STEM.

She regularly speaks at events such as Wired 2015, We Day London and at the European Union Innovation Convention in Brussels.

Currently, Emer and Ciara Judge are Co-Directors of Germinaid Innovations, a research company. She also works alongside a team at Project Zilkr, a non-profit run by teens to level the playing field of entrepreneurship. Emer is a keen supporter of getting more young people involved in STEM and the power of small ideas.