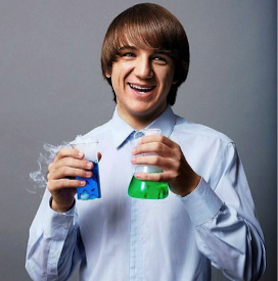 GOALS & ACHIEVEMENTS
An inventor, scientist and cancer researcher, He is the recipient of the Gordon E. Moore Award.

Inventor Jack Andraka created a new, potentially life saving tool for detecting pancreatic, lung, and ovarian cancer at age 15. The test, using a dipstick-type sensor, filter paper, and a basic instrument for measuring electrical resistance, detects an increase of a protein that indicates the presence of these cancers during early stages when there is a higher likelihood of a cure. Andraka won the grand prize at the 2012 Intel International Science and Engineering Fair. He currently is studying material science at Stanford University and continuing his research into cancer detection and nanorobotics as a National Geographic Emerging Explorer. He is a White House Champion of Change for open access to federally funded scientific research and as a Point Scholar he advocates for inclusion of the LGBT community in science research.