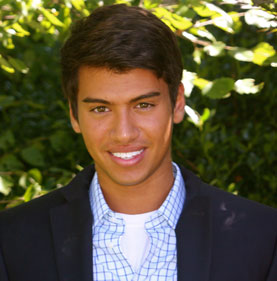 As a high school senior, Riley Ennis had already formed his first company, Immudicon Inc., which focused on the development of a cancer vaccine based upon a novel mechanism of recruiting dendritic cells. He moved on to study cell biology at Dartmouth and was later invited to work under a Visiting Scientist agreement with Novartis. Throughout the past few years, Riley has conducted impactful research at Dartmouth Hitchcock Medical Center, Georgetown University, and Children’s National Medical Center in Washington, DC. These efforts culminated in two publications and a book chapter.

While at the helm of Immudicon, he drove partnerships with over 14 pharma companies. The vaccine technology has been recognized by CNN, Milken, Forbes, TEDx, Johnson & Johnson, and Bloomberg, and will hopefully enter clinical trials in 2017. Riley continued to advance his business acumen by working for biotech companies such as Foundation Medicine, Syros Pharmaceuticals, and Emergent BioSolutions, along with keeping financial perspectives in focus through internships with Morgan Stanley and Bridgewater. Riley was the recipient of a Thiel Fellowship, a program created by Silicon Valley icon Peter Thiel through the Thiel Foundation.

Today, Riley is the co-founder and Chief Operating Officer of Freenome, a health technology company bringing accurate, accessible, and non-invasive disease screenings to enable patients and their doctors to proactively treat cancer and other diseases at their most manageable stages. Since the company’s beginning in 2014, Freenome has had a clear vision – to reinvent disease management through early detection and intervention. Over the past three years, Freenome has focused on making cancer screening and diagnostics as accurate and accessible as possible, through a fusion of machine learning, biology and computer science. Freenome just closed a $65m Series A funding round backed by Andreessen Horowitz, Google Ventures, Polaris, Founders Fund, Innovation Endeavors among others.