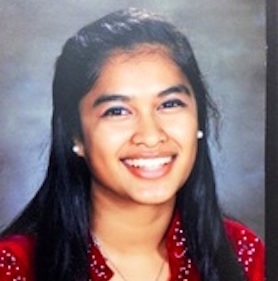 Tina Bastin is a Global Tech Leader who promotes the STEAM fields by providing illiterate children with an education and a motivating environment to allow them to flourish. Globally, as a feminist author, she has brought forth recognition to women by publishing an article called Objects or Humans?, which addresses the groundbreaking stereotypes and negative influences affecting women daily and focuses on gender inequality.

She has recently presented a research project at the Massachusetts Science and Engineering Fair Competition regarding Iron Deficiency in Hospitalized Heart Failure Patients. She worked with a Cardiologist, and she was able to determine the survival outcomes, the prevalence, the indicators, and the associations with Iron Deficiency, specifically in individuals who had experienced heart failure.

Not only has she written research articles, but she has also shadowed many physicians in hospitals and professionally assisted them in various clerical procedures. Currently, she is working and researching at Boston University Medical Lab Center under a cardiologist.

Socially, Tina is also a debater, who helps bring recognition to those oppressed in society by faithfully and fiercely conversing hot topics that challenge ancient stereotypes and worldviews. She has received the award of 1st Speaker at a Regional/ State Debate Competition.

She has also been a vital board member of the Massachusetts Red Cross; she has participated in the International Humanitarian Law (IHL) Campaign, raising funds and awareness for and bringing recognition to victims of armed conflicts.

In the arts field, Tina is a choreographer, dancer, singer, and violinist. She is a passionate dance leader for her school and also a strong choral singer, spreading her faith and love in life through various art skills.