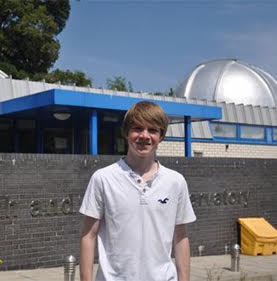 Tom Wagg, 22, made a discovery that was out of this world; literally! He discovered a new planet about 1,000 light years away orbiting a star in our galaxy. While studying at Keele University in Britain, for only a short “work experience” tenure, Thomas discovered what appeared to be a dip in the light, the signal for an orbiting planet.

This newfound planet, which is the size of Jupiter and has been catalogued as WASP-142b, is an amazing find for somebody of his age. It’s up for discussion to name the planet after him. Now 22, Tom is continuing his education and looks forward to studying physics.