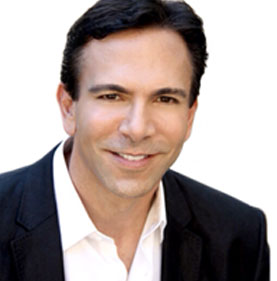 Cosmetics Dentist. Renowned in his field as an energy-brimming inventor and brilliant entrepreneur who has brought award-winning innovations to the world of dentistry

Dr. Bill Dorfman is responsible for creating dazzling smiles for some of Hollywood's biggest stars. He has authored two books, The Smile Guide and the New York Times best seller Billion Dollar Smile. A regular on the lecture circuit, Dr. Dorfman is as passionate about teaching dental care as he is about practicing it.

Dr. Bill is most recognized from the ABC hit show, "Extreme Makeover," and currently a recurring guest host on the Emmy Winning daytime talk show, "The Doctors." He graduated from UCLA in 1980 and received his dental degree from the University of the Pacific in San Francisco three years later. Upon graduation, he completed a two-year residency at a dental hospital in Lausanne, Switzerland, and then returned to the United States to establish his private practice in aesthetic and general dentistry in Los Angeles.

The busy doctor juggles a successful career, company and television appearances and has won copious awards for his outstanding work. His company, Discus Dental, has launched Zoom! and Brite Smile, two revolutionary in-office whitening systems that use a safe and effective, light-activated gel to whiten teeth by 8 to 10 shades in an hour. They also produce Nite White, Day White and Breath Rx and was recently purchased by the Dutch company, Philips Electronics.

Throughout his accomplished career, Dr. Dorfman has been committed to donating dental care and assistance to charities such as Smiles for Life, St. Jude's Children's Research Hospital, The Children's Dental Center, Garth Brooks' Teammates for Kids Foundation and Los Angeles' Battered Women's Shelter. He also co-founded LEAP, a non-profit motivational and development program for high school and college students.