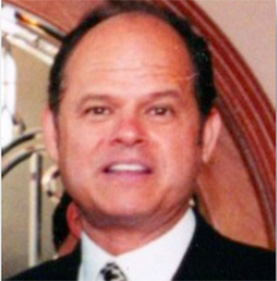 Christopher Pair is the President and CEO of Cynergy Partners Inc.; an Investment and Consulting firm based in Beverly Hills, Calif. With a focus on Consumer Products, Network Marketing, and International Expansion; Mr. Pair has effectively completed a wide range of significant projects.

These range from his Partnership with Mandalay Entertainment Production and Alticor as Co-Producer of ‘The Age of Nutrition” which was a multimillion dollar success and was presented on Discovery and multiple other media outlets. He served as Director of Neways during its successful sale to a Private Investment Fund for 400mm + and also was a Catalyst and active adviser with Cook Associates Capital on the effective refinancing of a Personal Care Co in Germany. He has been instrumental in the due diligence Team of Blackstone; launched an energy drink firm; as well as a Video capable social network . Prior to establishing his own firm Mr. Pair served for nearly 20 years as Executive Vice President and the principle executive, COO, responsible for International Expansion at Herbalife; the now 5 billion dollar public firm During that tenure which resulted in his responsibility as CEO after the passing of its founder, Mr. Pair served as the Vice Chairman of the Direct Selling Association, and the Boards of the Consumer Health Products Association and the Nutritional Products Association. He received his BA as well as his MBA from the University of Redland; and also served as a reserve in the OC California Sheriff’s Office.