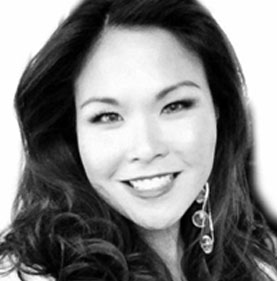 Melissa Jun Rowley is an award-winning journalist, on-air host, and producer with a passion for all things tied to the convergence of technology and social innovation. She is currently the creator of "Magic Makers," a social impact series following a group of brilliant teens as they use STEAM (Science, Technology, Engineering, Art & Math) to advance humanity. Blending her passion for tech and storytelling, Melissa also serves as editorial director for The Toolbox. Founded by iconic artist and activist Peter Gabriel, The Toolbox is an online marketplace for digital tools aiding social change.

Prior to focusing on storytelling for social change, Melissa held post as a field producer for CNN, Associated Press and E! Entertainment. She has flown in zero gravity at NASA, produced business updates from the New York Stock Exchange, and produced coverage of the Oscars, Golden Globes, Emmys and Grammys. Her online work encompasses features for Huffington Post Impact, Village Voice Media, Discovery News, BlogHer, MTV Act, Mashable, Cisco's Technology News Network and the Smart+Connected Communities Institute. She writes about social change, CSR, and STEAM on her blog Incentivize.us.

The majority of Rowley's career as a journalist has revolved around entertainment and social action. She has covered international film festivals, movie premiers, and major award ceremonies for CNN and some of the biggest mainstream entertainment outlets. During the summer of 2010, Rowley produced and hosted videos focused on the intersection of celebrity, brands, and social good in three webcasts titled "Good and Ready," as part of her content contributions for the blog WhatGives!?, which is part of Cause Media Group. She featured actor and entrepreneur Adrian Grenier and Peter Glatzer of SHFT.com, Bob Guiney and Scott Grimes of Band from TV, and the Do Something Awards.

Rowley has appeared in multiple episodes of different shows featured on Jason Calacanis's podcast network "This Week In." In March 2012, Rowley became a global contributor to Cisco's Technology News Network and in May 2012, she launched the Smart+Connected Communities blog Architecting Innovation: Cities of Tomorrow.

Melissa will also be the keynote international speaker for the "Social Media Down Under Event" in June 2012 at the Maritime Museum Auditorium in Darling Harbour, Sydney Australia. She will speak about social media, CSR, and consumer activism.