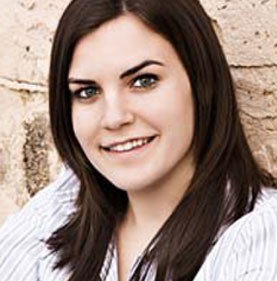 At the age of 18, she pitched an idea to create a social media side called MySocialCloud.com to billionaire and entrepreneur Richard Branson. Branson gave Stacey one million dollars to bring her idea to life. Stacey is now lecturing all over the world about innovation and entrepreneurship and working on her new project 2BillionUnder20.

Ferreira co-founded MySocialCloud with programmer Shiv Prakash and her brother Scott Ferreira while she was still in high school. The idea originally stemmed from a computer crash that left Scott without the spreadsheet he used to store usernames and passwords for his online accounts. After graduation, the siblings moved to Los Angeles, where they developed the company while living in a small apartment in South Central LA.

The pair decided to approach Sir Richard Branson when Stacey received a Tweet inviting Branson's Twitter followers to a two-day charity banquet in Miami. Stacey and her brother flew to the event by borrowing the $4,000 charity donation they needed to attend, from their parents. At the event they met Branson, were able to speak with him one-on-one, and after two months of discussing the business proposal, he and his business partner Jerry Murdock agreed to fund the venture.

After starting MySocialCloud, Stacey proceeded to attend New York University's Steinhardt School of Culture, Education, and Human Development to study Music Business. However, after one year she took a leave of absence to pursue MySocialCloud full-time.