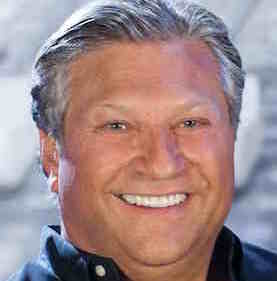 WHO AM I?
Producer, Studio Executive

Gary A. Randall is a founding partner of Boardwalk Entertainment Group, a multi-faceted production and media company encompassing film, television, music and technology.

A veteran producer, director and studio executive, Randall began his career in 1975 in the mailroom of the famed William Morris Agency, rapidly working his way up to television packaging agent. He launched Grand Productions and Management in 1979, landing a first-look deal with Leonard Goldberg Productions and producing the CBS television movie, The Marva Collins Story, starring Cicely Tyson and Morgan Freeman.

Between 1981 and 1985, Randall worked in current programming and development for Warner Bros. Television and Embassy Television. In 1985 he joined Orion Television, ultimately becoming president of the company, where he served until 1991. Randall then became president of Spelling Television, where he developed and supervised the hit series 90210 and Melrose Place. During his executive career, Randall developed and/or oversaw such hit series as Dukes of Hazzard, Scarecrow and Mrs. King, Alice, Night Court, Cagney & Lacey, Equal Justice, the popular miniseries V, and the Emmy-winning The Murder of Mary Phagan and And The Band Played On.

After setting up Spelling Television in Canada, Randall joined the Canadian company Paragon Entertainment as president of production in 1993, putting children’s series Kratt’s Creatures on the air for PBS.

Randall returned to independent producing under his Grand Productions banner, producing the television movies Vendetta for HBO, and Beauty and A Song From The Heart for CBS. Simultaneously, he co-produced with Nancy Miller the ABC series Leaving L.A. In 1997, the pair formed Paid Our Dues Productions and produced the long-running Any Day Now for Lifetime Television. Randall also directed many of the series’ episodes.

Back To AAT Team